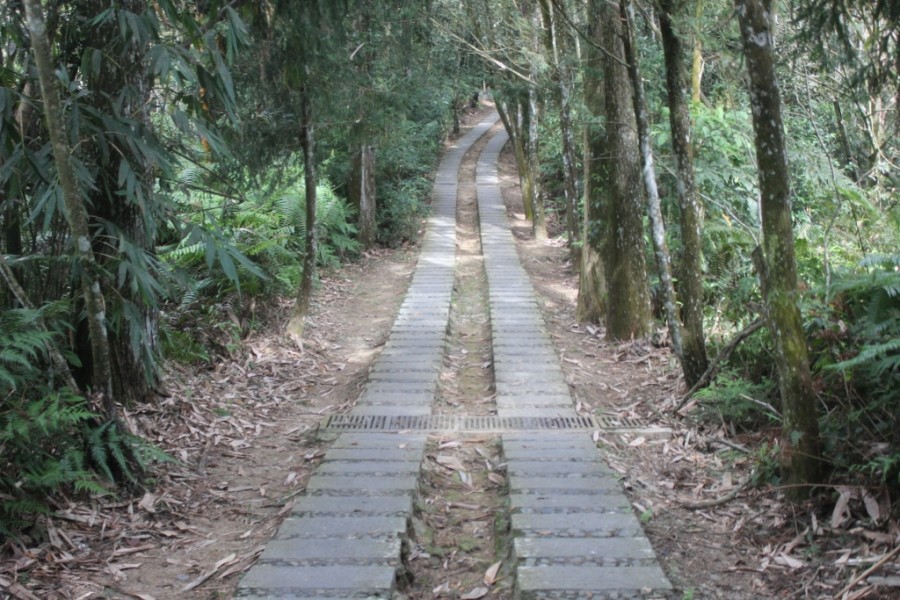 The walkway above the ridge 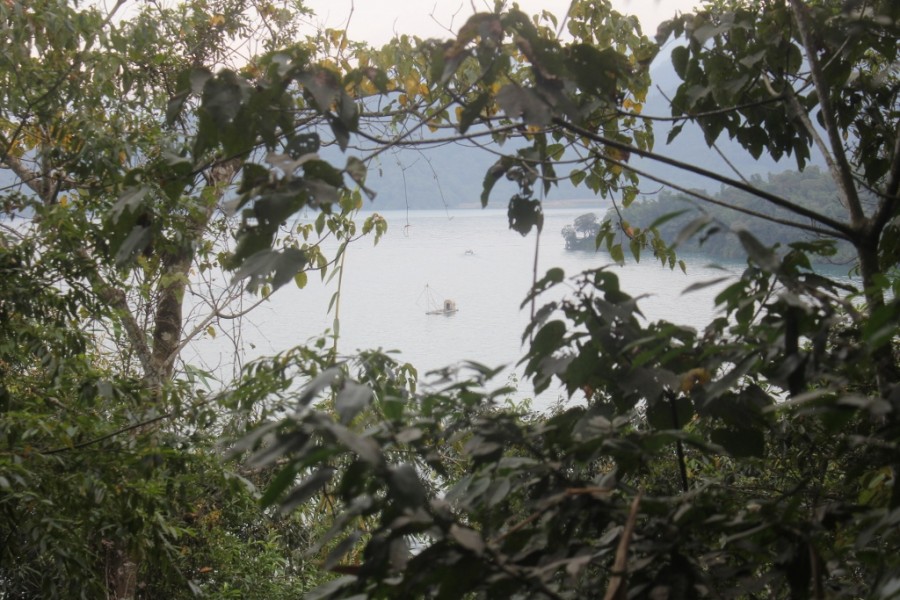 Fishing boat below on the lake. 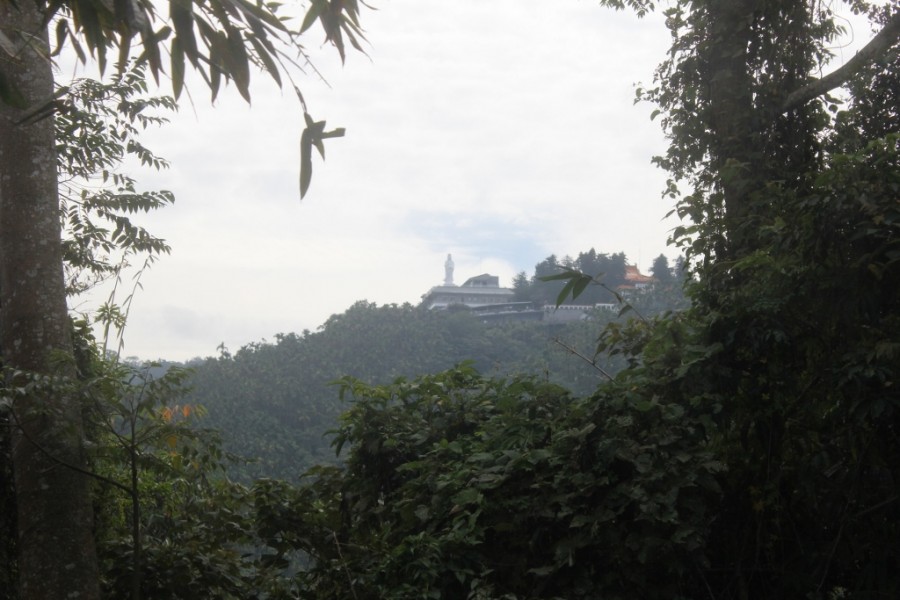 Over the Lake towards the Dam 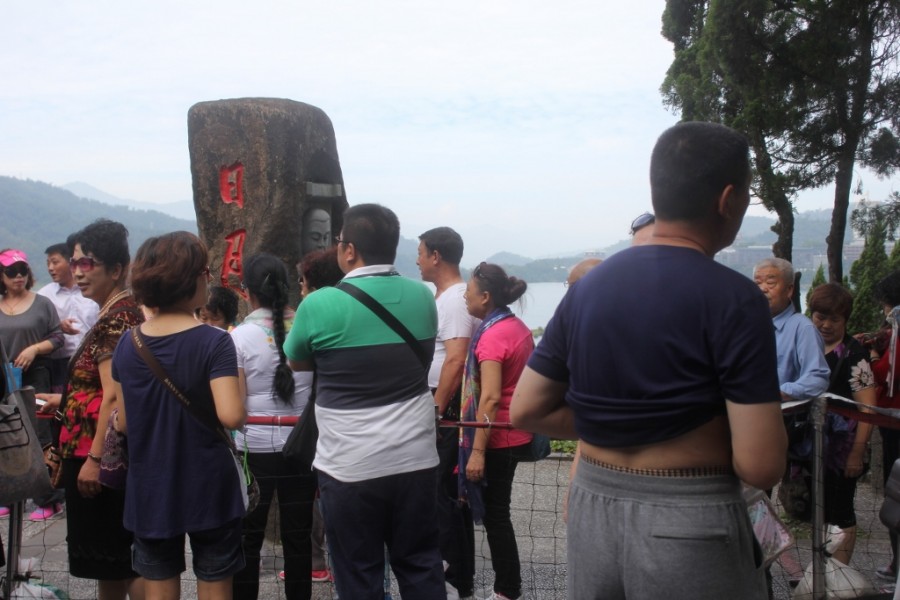 Queuing for a photo with the stone? 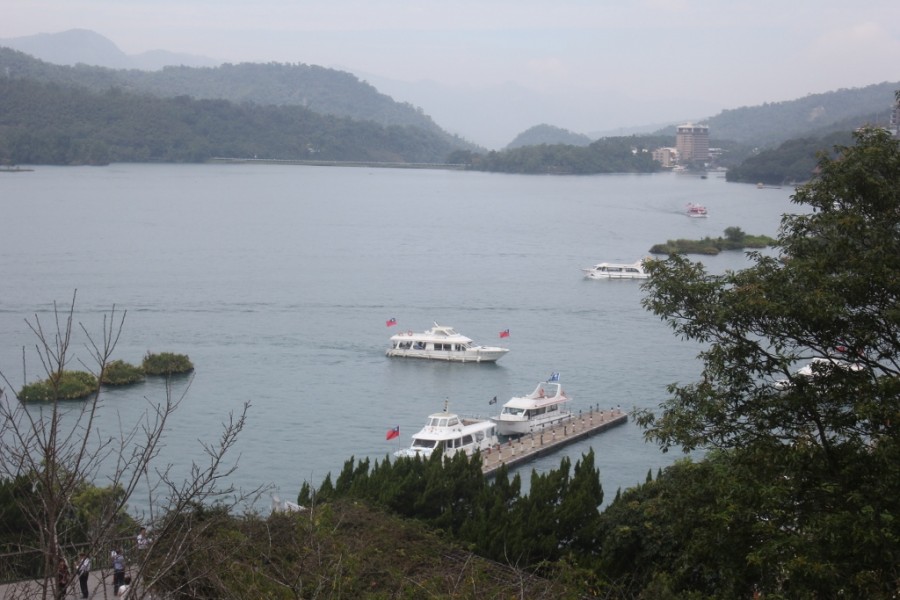 Sunmoon Lake from the other side 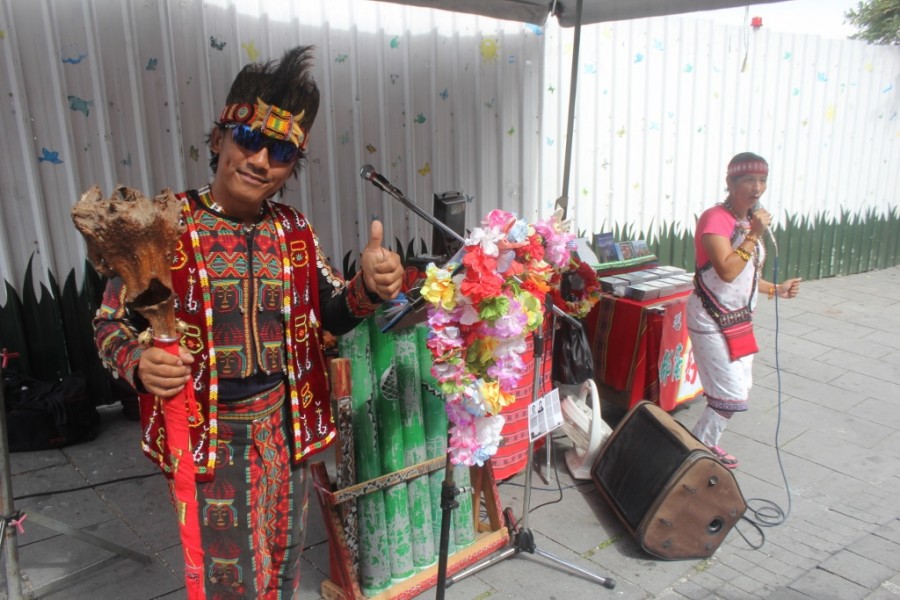 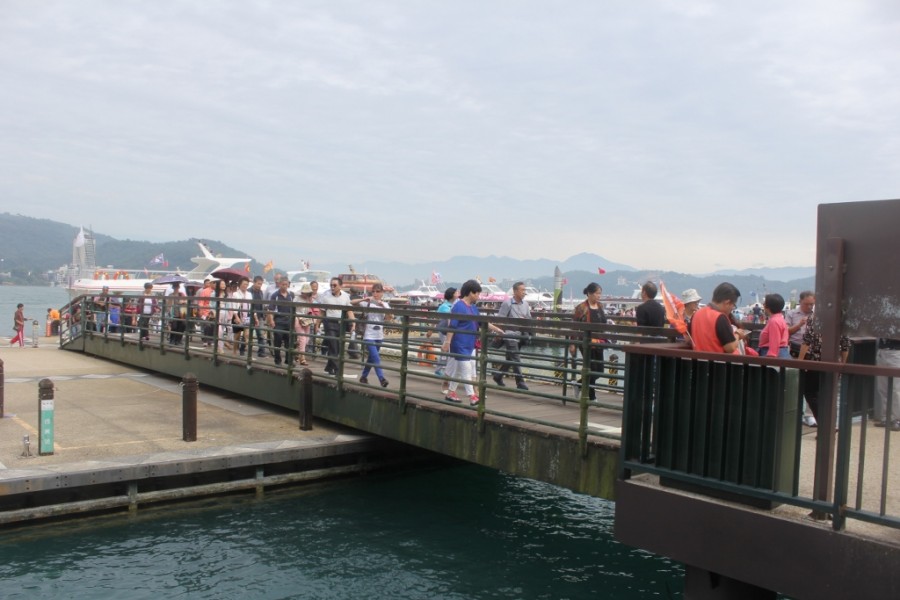 There are a lot of Buddhist monasteries around the lake and I am afraid we are a bit templed out. We tend not to visit them. Across the lake from our hotel was a landing and a small temple just above it. Much higher up is a very tall round tower which is the icon temple in the district.

We decided to give the ferry a go to cross the lake to the village on the other side. Stopping at the lower temple was a bi-product of this journey.

The floating wharves at the temple were heaving with people  bouncing and swaying as we moved as a single mass of humans up across the water to the steep steps toward our goal. Part way up the hill people in traditional dress performed to us all. You don’t need to know the direction the crowd simply takes you there. The temple was just a mess of people jostling to get selfies of the lake and temple. Few go inside and pay their respects. We got some photos mainly of the mass of phone photographers taking pictures of themselves. Guys are selling selfie sticks, walking sticks and umbrellas I’m not sure what that says about us humans.

The small lower temple is set in thick bush about a kilometre further away was a bigger temple like building with no apparent access and then high above that the impressive tower I mentioned earlier. Leaving the temple we noticed a path into the bush (jungle in Taiwan terms). We headed towards  it with no idea where we were heading, it seemed a good ideas as nobody else went this way.

The path is well defined and at the early part some concrete stepping it  follows a ridge line with views of the lake both sides through the bush. From time to time there are lookout platforms with great areas to lean and contemplate in the quiet and stillness of the bush. Heaven my temple really.

The weather is extremely hot and sticky humid we consumed our litre water bottle very quickly. This kind of weather saps your energy. The track is obviously intended for us to walk, some of the looking out points are elaborate with covered seating, all in good order. We see some other people in small groups but very few.

I  decide at the top of knoll to continue leaving Al in the shade on a seat, the track is steep down the  ridge line then equally steep up. At the top was a sign in English telling me I  was  welcome to continue but some big scary dog’s  might bark a lot.

Sorry I  am not brave enough to handle that eventuality and turning on my heals headed back  Adventure over. Everywhere we go is full of people, the tranquillity of this spot was a standout.